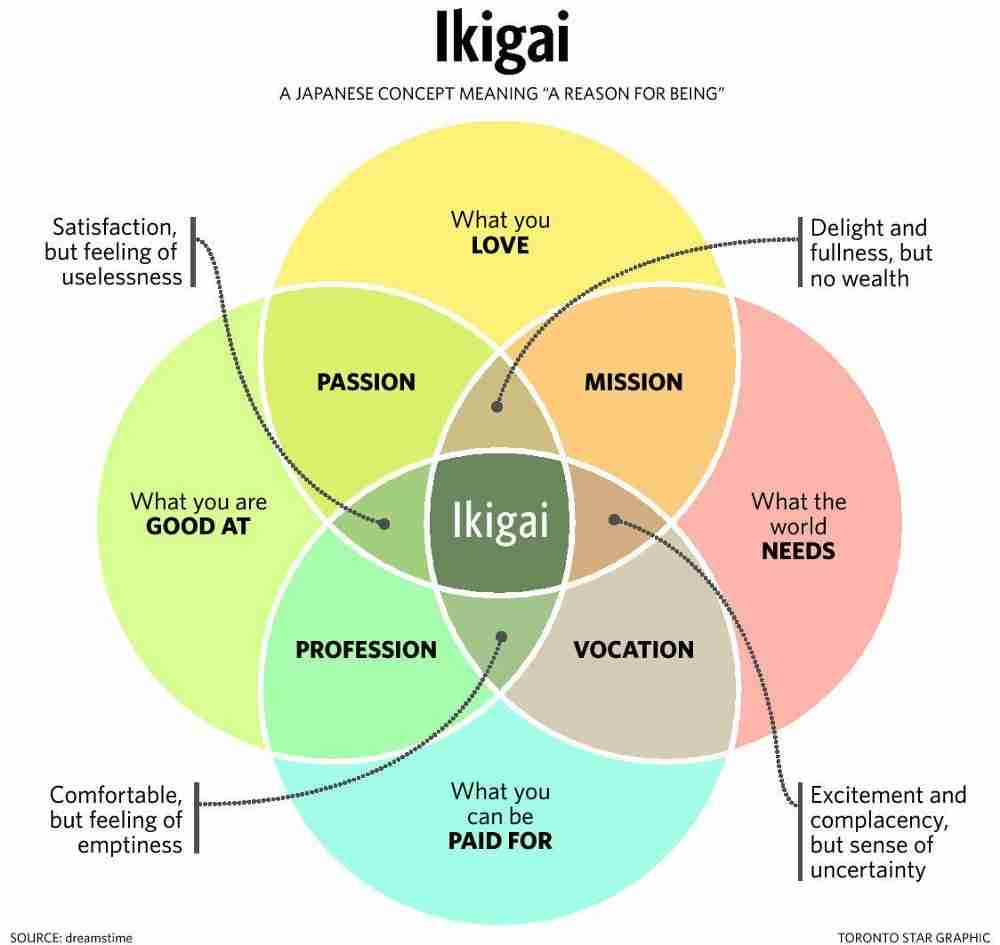 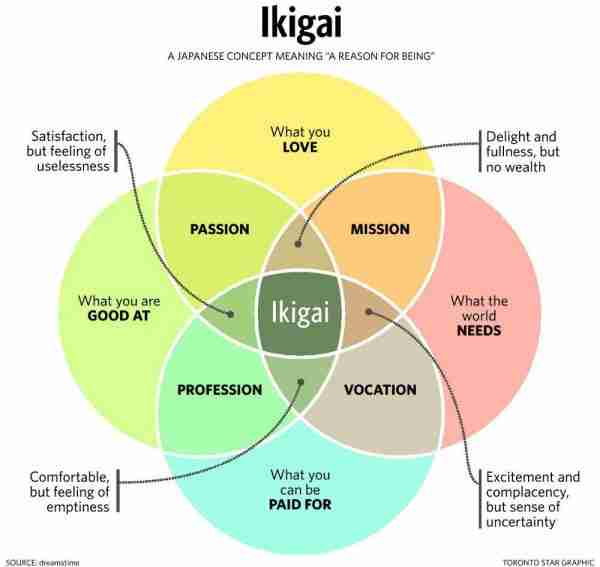 (生き甲斐, pronounced [ikiɡai]) is a Japanese concept that means “a reason for being.” It is similar to the French phrase, raison d’être. Everyone, according to Japanese culture, has an ikigai. Finding it requires a deep and often lengthy search of self. Such a search is important to the cultural belief that discovering one’s ikigai brings satisfaction and meaning to life.[1] For some, it might be work, hobbies, and raising children.[2]

In the culture of Okinawa, ikigai is thought of as “a reason to get up in the morning”; that is, a reason to enjoy life. In a TED Talk, Dan Buettner suggested ikigai as one of the reasons people in the area had such long lives.[4]

The word ikigai usually is used to indicate the source of value in one’s life or the things that make one’s life worthwhile.[5] Secondly, the word is used to refer to mental and spiritual circumstances under which individuals feel that their lives are valuable. It’s not linked to one’s financial status[5]. Even if a person feels that the present is dark, but they have a goal in mind, they may feel ikigai. Behaviours that make one feel ikigai are not actions one is forced to take—these are natural and spontaneous actions.

In the article named Ikigai — jibun no kanosei, kaikasaseru katei (“Ikigai: the process of allowing the self’s possibilities to blossom”) Kobayashi Tsukasa says that “people can feel real ikigai only when, on the basis of personal maturity, the satisfaction of various desires, love and happiness, encounters with others, and a sense of the value of life, they proceed toward self-realization.”[1][6]

MANIFESTO OF 士 THE GOOD ONE MOVEMENT

There are millions of good people out there. And we all have the same goal. We want to make this world a better place. Join us now. Join 士 THE GOOD ONE and make it happen.

You want to join us? Then drop us a line 🙂